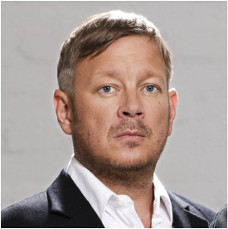 Many of his directing creations won prestigious awards from different festivals (Mažuranić's The Fabulous Adventures of the Apprentice Hlapich, Pushkin's The Tale of the Fisher and the Fish, Andersen's Tinder Box in Osijek/Croatia and Thumbelina in Zagreb/Croatia, Grimm's The Wolf and the Goatlings, Stoisavljević's Norwegian Forests, Lili Novy's Mojca and the Animals, A.Rozman's Hansel and Gretel...); his performances were played on tours and at numerous international festivals. He created a large number of acting roles in radio plays.

After his rich experience in an institutional theatre, Robert Waltl abandoned the safety of official institutions. In 1998, he started a new Slovene theatre - MINI TEATER, with his own financial means. The vast range of his original ideas may well be seen in the openness of his theatre programme directed towards the youngest spectators, offering them - unlike the commercial projects in other private theatres - puppet performances of the highest quality. The programme for children consists of classical and contemporary authors.

Robert Waltl however, also cultivates a high quality drama programme for adults. Over the years, MINI TEATER has put on stage a number of cult texts of the 20th century, with many being the first stage performances ever in the world: Robert Walser's Schneewittchen after-party, B.M. Koltes's The Night at the Edge of Forests, H. Mueller's Medea Material, and the world premiere of B.M. Koltes's The Day of Murders in the Story of Hamlet. Mini teater is the only theatre so far to have published the drama texts of this cult French playwright.

Robert Waltl as an actor succeeded - beside directing an acting in several different performances - in creating six mono-plays in five seasons: The Fabulous Adventures of the Apprentice Hlapich (by Ivana B. Mažuranić), The Night at the Edge of the Forests (by B.M.Koltes), Caliph Stork (by W. Hauff), The Frog King (by J.&W.Grimm), The Happy Prince (by O.Wilde) and The Donkey of Nasareth in Freyer Teater. Working with directors like Ivica Buljan, Edi Majaron, Luis Zornoza Boy, Slavčo Malenov, Robert Waltl is not just a reproductive actor. He also works as a co-director and dramaturge, which brought him a number of prestigious awards in Slovenia and abroad. He took part in many international festivals all over the world: Iran, Venezuela, Poland, Spain, Italy, Belgium, Austria, Belarus, Russia, Croatia, Greece, Serbia, Montenegro, Hungary, Germany, Bosnia and Herzegovina, Holland, Macedonia, Denmark, Chorea, China, Bulgaria, Pakistan, Egypt, United Kingdom.

The acting span that Robert Waltl demonstrates in his performances is fascinating: his ritual dedication and his ethnic and musical research of the Slovene Christmas celebration heritage in The Donkey of Nazareth; his narrative and transformative art, or his communicative ability in The Adventures of the Apprentice Hlapich; his masterful animation in traditional puppet techniques in The Frog King and Caliph Stork; his working with objects, projections and music in The Happy Prince; his radical performer energy in the cult French text The Night at the Edge of the Forests - a monologue of 50 pages with dense concentration and the finest articulation that Waltl succeeds in presenting in a 40-minutes theatrical firework. In this unique project of six mono-plays we can follow the many different elements building up the mosaic of Robert Waltl as actor-director-animator-organizer.

Beside everything listed above, Robert Waltl gave his contribution as animator and director to the first virtual puppet performance in the world - Thumbelina, where he researched some completely unknown and undiscovered fields of theatrical, visual and inter-media art. Robert Waltl is a recipient of many awards and recognitions, among which are the prestigious Award of the Slovene National Association of Drama Artists, the Župančič Award given by the City of Ljubljana for his contribution to the cultural image of the City, and a number of awards from different festivals in Croatia, Bosnia&Herzegovina, China, Iran, Poland, Belarus, and Serbia&Montenegro.